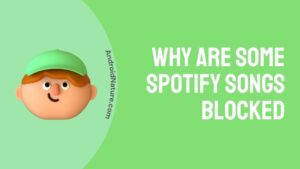 The music streaming industry has always been competitive for around a couple of years. There might be many music streaming apps say Amazon music, Apple Music and Google Play music. But why do people only choose to hear songs from Spotify?

Well, Spotify has always been a best friend to the end-user and not a conventional type of streaming app. The same prices as what Apple Music offers but when it comes to popularity among the people, Spotify takes an edge.

Spotify’s seamless user experience and the killer feature of the playlists are the major advantages. For artists to reach the audience quickly, without second thoughts they would choose Spotify than Apple Music.

Daniel Ek and Martin Lorentzon as the successful founders of this Sweden based streaming firm has now around 381 million active users. Founded on the 23rd of April 2006, they have 172 million paying customers as of the last months of 2021.

When it comes to music, there are audiences globally no matter the language. It has never been a barrier to them. When people start to vibe for its bass and tunes, then it comes under their favourite playlist. Still, there is an obstacle over here.

There are some songs blocked in Spotify. Though there are ways to overcome it and hear them. Wishing to hear those songs? Then yeah, you have chosen the right article and without further delay let’s move in.

Why are some songs blocked in Spotify?

Spotify in all of a sudden will grey out or block some songs in the user’s playlist. To overcome this, Spotify allows the audiences to even hear the blocked some by toggling a button ‘Show unavailable songs in playlist’ in the settings.

Once after do that, you can listen to the blocked songs. The songs which were available earlier are now blocked and what could be the reason for this? Crushing your brain to find out an answer for this? Then here are the answers to those questions and let’s get to know about it.

As an official note, Spotify hasn’t given any precise reasons for this but we can somehow use our critical thinking and list out the reasons.

Majority of the songs in Spotify can be listened to by the audiences globally but exceptionally some songs are blocked or greyed out. Country restricted availability of that song could be one of those reasons. For example Plateau of the Ages from Agalloch is a song exclusively available to the only Netherlands.

The music label which owns the copyright of that song has the whole right to decide this. And this factor can vary over time.

If you wish to check the country availability for a song that you wish to hear, then you can follow these steps.

Reason 2: Expired Licensing of the song

Even if the owner doesn’t renew the licensing after that strike notice, then Spotify takes down that song from their platform and that makes the song go blocked.

Though this scenario is a rare case, we should consider this reason too. If one of the network’s connections, either yours or Spotify’s is under trouble then this can happen.

Making sure about your WI-FI or cellular data connection may get a way for resolving this problem.

The audio formats that Spotify support are,

How to play unavailable songs on Spotify?

Thanks to all those geeks out there who finds a solution to each and every problem and so for this one too. There are some solutions to overcome this issue. Let’s look at all of those.

Try troubleshooting your internet connection. Sometimes this may also work out and you can now continue listening to your favourite song which has been blocked earlier.

Try using VPN (Virtual Private Network) to change your smartphone’s location to the place where that blocked song is available. Be it in Spotify or for any other network-related scenarios,  VPN helps out in most cases.

In VPN, try connecting to stable servers so that you won’t face any ping issues while you hear the song. Some of the best VPN service providers are

Upon usage of months not only Spotify, every app has cache data stored in them which can block some of its useful features in them. So clearing out cache data frequently makes the usage of apps without facing any internal bugs.

Likewise, cache data in Spotify can grey out the songs. Try clearing out the cache data from app settings and then check if that happens again.

If you wish to import songs to Spotify from your local disk, then before uploading it unencrypt the DRM from the audio file using the DRM removal tool. And also try to convert the format of the audio file to the ones that Spotify supports. The supported audio file formats are mentioned above.

SEE ALSO: [Solved] Why are some songs unplayable on Spotify

The above article illustrates why Spotify songs are getting blocked and the reasons for it. And I hope one of the above solutions will help you out to hear the greyed out songs from Spotify.

How to fix Spotify radio not working?

[Fixed] Why does my Spotify keep pausing at 10 seconds?