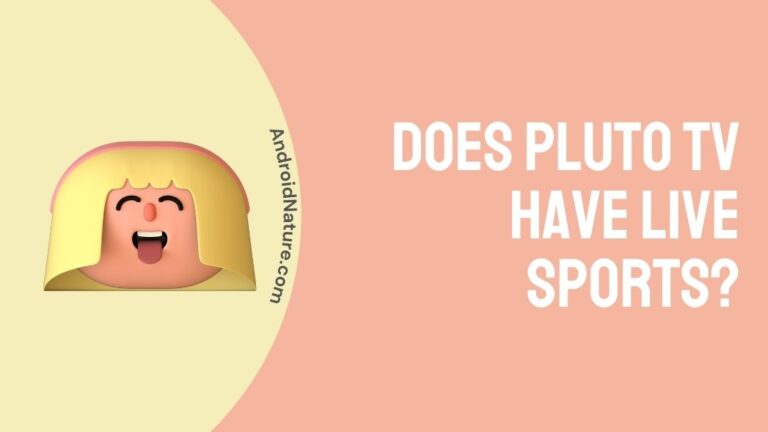 Pluto TV is one of the best & free OTT platforms in the market nowadays. It provides an ad-supported service to its users that offers several live channels, on-demand movies, TV shows, and web series.

Pluto TV was launched in 2014 & wholly owned by Viacom CBS. A measure of its explosive growth can be found in the number of monthly active Pluto TV subscribers, which amounts to nearly 54 million.

As Pluto TV regulates its service only in the U.S., Europe, Latin America, and Brazil, it can be a bit unfair to the people living outside these countries. But where there’s a will, there’s a way you must install a VPN on your smart device to operate the app in your location.

The Pluto TV app is available on a number of smart devices, web browsers, & streaming devices.

Supported smart devices are listed below:

Supported streaming devices are listed below:

If you are confused about whether Pluto TV has live sports or not. Let’s quickly dive into the topic “does Pluto TV have live sports?” & get the solution.

Does Pluto TV have live sports?

No, it does not have live sports, but you can watch it via the stadium channel on Pluto TV. Pluto TV has a 24/7 Stadium channel on channel no. 207, it has rights to stream live on-demand games, such as college football, baseball, soccer, lacrosse, basketball, etc.

Alternatively, you can watch live sports on Pluto TV via any streaming device, such as Roku, Amazon Fire Stick, etc.

How to Watch live TV on Pluto TV?

In order to watch live TV on Pluto TV, you are required to sign in first & then proceed further.

If you are running the app on your smartphone. You will find the “Live TV” option at the bottom left corner of your phone’s screen.

Tap on it & follow the same procedure told above.

Not really! A few years back the NFL (National Football League) and Pluto TV declared the inauguration of a new channel celebrating the NFL’s iconic and historical moments from the sport’s history.

This special NFL Channel feed consists of ready-to-watch content from NFL Films and NFL Media, focusing on providing NFL fans with the most spectacular productions instead of providing them access to live NFL games.

Soon the channel will be reloaded with new ready-to-watch content, including NFL Top 100 Players of 2018 and digitally-produced recaps, previews, press conferences, & much more.

With over 150 live, linear, and curated channels, thousands of TV shows, and movies on demand from over 150 major media companies, film studios, television networks, news organizations, and publishers, Pluto TV is soon to join the Pluto Network.

Does Pluto TV have ESPN?

Pluto TV does not offer ESPN programming. Pluto TV primarily offers television services & lacks in providing access to live sports channels, what they usually tend to offer are replays of older games & nothing more than that.

If you are looking for live sports TV of upcoming matches, we would recommend you to not depend on Pluto TV & look elsewhere.

Yes, Fox Sports is streaming on Pluto TV, that too, without spending an ounce from your pocket.

If you want to be updated with all the sports’ highlights, live scores, player & team news, freshly brewed rumors from around the leagues, etc., you should be watching FOX Sports, streaming on channel no. 202, on Pluto TV.

No matter, whether you are a fan of football or basketball, you will definitely find something informative related to sports on FOX Sports (Ch. 202).

In the end, I would like to conclude the essence of the topic. The article starts with an introduction to Pluto TV.

You can easily install & launch the Pluto TV app on any of the above-listed supported devices & enjoy the free streaming as soon as you sign up for your account.

The answer for the above queries is somewhere the same down the line. Pluto TV is more about channels playing past games, highlights, older sitcoms, and reality shows typically found elsewhere.

It mostly consists of ready-to-watch content, replays of older matches for NFL fans with the most spectacular productions instead of providing them access to live NFL games.

However, if you are looking for live sports TV of upcoming matches, do not just depend on Pluto TV.

I hope it felt insightful. Thank You 🙂

Does Pluto TV have commercials ? (Get rid of Ads)

How do I get Pluto TV on my Television?