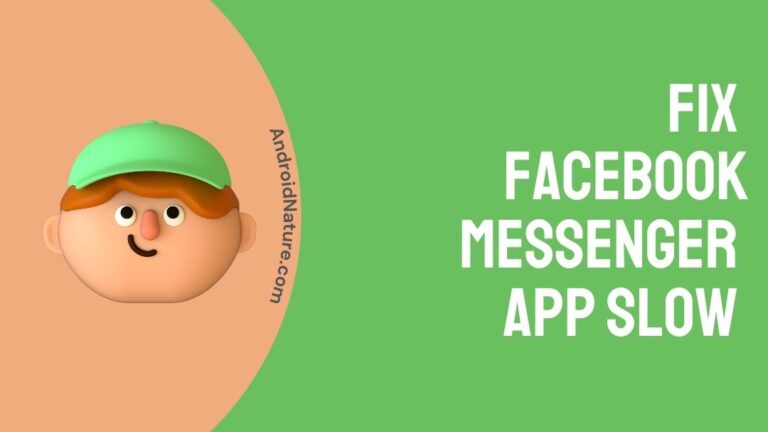 Users can connect and communicate with their family members, friends, colleagues, and other individuals they know or care about on social networking sites. Sharing ideas, opinions, and information via virtual networks and communities is simple and enjoyable.

Facebook, launched on February 4, 2004 has grown to become the world’s largest social network, with several billions of users. According to statistics, Facebook has more than 1.93 billion daily active users. It’s incredible!!! Many concerns have developed as a result of the large number of people that use Facebook.

For example, some individuals complain that Facebook is slow to load, but they have no idea why or how to change it. To assist them in resolving their issue, I’d like to show the possible causes of Facebook sluggish loading as well as some beneficial cures for Facebook loading and operating slowly.

Why is my messenger running slow?

For instance, some individuals complain that Facebook is slow to load, but they don’t know what’s causing it or how to remedy it. To assist them in resolving their issue, I’d like to show the possible causes of Facebook sluggish loading as well as some beneficial cures for Facebook loading and operating slowly.

There could be a variety of causes behind the slowness of Facebook Messenger. We’ve come up with a few ideas.

1. Problems with the internet

Facebook.com can be visited using a Facebook app or by an HTML link in the browser. A connection error, on the other hand, can occur for a variety of reasons, one of which is that the browser or Facebook app is unable to connect to the internet.

This indicates that you may be experiencing connectivity issues with your broadband or SIM card service provider at the moment. However, if your internet is working fine, it’s likely that the issue is with your mobile app or Facebook’s server.

Check to see whether other people are having the same problem, and if not, it’s likely that you’re having trouble using social media.

When visiting a website, you may see many DNS error messages, one of which is the “DNS server not responding” message. This indicates that the web browser is unable to connect to the site because the DNS server is unable to correctly translate hostnames to IP addresses.

The “DNS server not responding” issue can be caused by a variety of factors, including misconfigured network adapters and incorrect DNS server addresses. Fortunately, the majority of these issues are caused by the user and may be easily resolved.

3. Some problem with the browser version

People have claimed that the social networking site displays a simplified version and that they are using an unsupported browser due to a pop-up warning.

4. Issues with browser extensions and add-ons

Extensions and add-ons can enhance your surfing experience by assisting you with everything from password management to screen recording.

There are various instances that may necessitate clearing your Facebook messaging app’s cache and data. One of these is when you reach a point when the smartphone begins to hang or the Facebook Messenger app becomes noticeably slower than usual.

Another instance is when the phone’s storage capacity reaches its limit. Your phone’s internal storage capacity may grow reduced over time, and you’ll need to free up some space. You may also require a resetting of the app preferences and are unsure where to begin. All of these cases necessitate clearing the device’s cache and data.

6. A problem with JavaScript

While many huge sites, such as Google, Twitter, and YouTube, employ JavaScript, it is frequently unreliable and can be broken or corrupted. This inhibits your computer from opening the webpage by preventing it from processing the data.

When a software starts up, it takes up some memory space in the “system resources” section. However, when you exit some programmes, the system resources they were temporarily using are not returned.

As the system runs out of memory, it will eventually crash. If you open and close multiple apps, even the same ones, without rebooting your computer, you may have a crash. This is referred to as a resource leak or memory leak by Microsoft.

When you instruct your computer to exit an application, it’s meant to return the resources (memory) it was consuming. However, because programmes are designed by people, errors might occur, and the programme may not offer the operating system what it needs.

The failure to “give back” is referred to as a “memory leak,” and it eventually results in a notice indicating that your machine is running low on resources.

8. Infection with a virus or malware

Viruses are frequently spread through Facebook Messenger, when hackers take over random user accounts and send viruses through private messages. It’s important to note that the behaviour of different viruses differs.

As previously stated, the Facebook social network is used to spread a lot of malware. Despite their differences in activity, the majority of these malware has one thing in common: it often records sensitive data (keystrokes, logins/passwords, and so on). We also mentioned that these viruses usually spread through random user accounts.

If a conflict warning is received, an administrator may take actions that Facebook claims are aimed at slowing down conversations — presumably in the hopes of calming users.

These actions could include temporarily reducing the frequency with which particular group members can make comments and regulating how soon individual postings can be commented on.

10. Conflicts over security (the app is not legitimate)

It’s no secret that social media has become a significant danger and issue for businesses around the world. According to a University of Canberra survey, social media is Australia’s least trusted industry when it comes to privacy and security.

In fact, the social media industry was named as having the poorest security and privacy policies by 61 percent of respondents. However, the problem of social media security is not limited to Australia; it impacts individuals and organisations worldwide.

Here are some ways to fix the problem:

1. Check If Your Internet Connection is Slow

2. Clear the Cache in Your Browser

Your computer keeps images and files in the browser cache (or Internet cache) so that your favorite websites load faster the next time you visit them.

A bloated Internet cache, on the other hand, can frequently cause performance concerns. To remove cached pictures and files that may cause webpages to load slowly, consider clearing your browser cache.

On Android, click to Settings, Apps, and pick the Facebook app to delete the app cache. To clear the cache, go to Storage and then Clear Cache.

Third-party extensions or toolbars can improve the functionality of your browser, but they can also slow down the loading of Facebook and other websites.

To check if this addresses the problem, consider disabling or deleting these browser extensions.

Extensions for Chrome: To disable Chrome extensions, go to chrome:/extensions/ or click More tools and then Extensions. Choose Add-ons in Firefox or use the keyboard shortcut Ctrl + Shift + A.

Using a DNS other than the one given by your ISP is one technique to fix the problem of Facebook not working or loading slowly.

If you have a smartphone, you can use the DNS Changer app to update your DNS.

6. Your Windows Registry should be cleaned or repaired.

Old registry entries are left behind as you install and uninstall applications, so your computer becomes littered with them over time. These old entries can create errors and cause your machine to slow down.

7. Install the latest version of your browser or the Facebook app.

If everything else fails, reinstalling your browser or Facebook mobile app is an option. A fresh install can occasionally erase any bloat that has built up over time in your browser or software.

Before reinstalling your browser, make a backup of your bookmarks and preferences.

Don’t be alarmed if Facebook isn’t working for you or is moving at a snail’s pace. Unless Facebook is experiencing a site-wide disruption, you can troubleshoot the issue using these probable fixes to go back to viewing the site as quickly as possible.

[6 Methods] How to know if someone blocked you on Messenger without Messaging them?