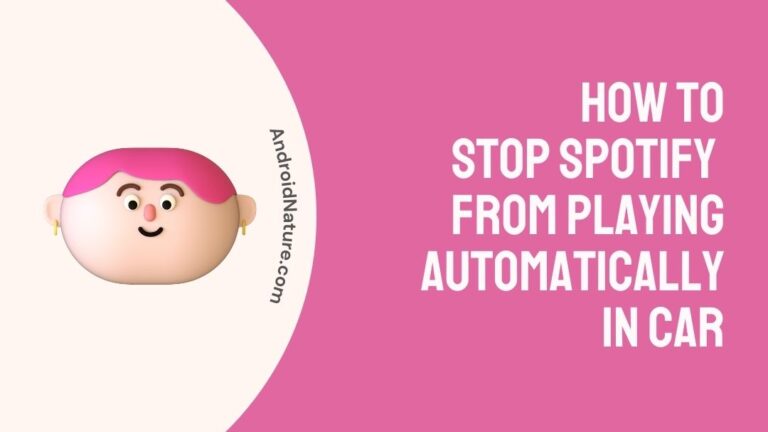 If your Spotify is playing automatically you have landed on the right page.

Spotify is a platform that allows you to stream music directly from your electronic devices, and it is a music streaming service. In addition, users of the Windows operating system can download a desktop application for this service. Regrettably, a significant number of Spotify app users are reporting experiencing problems.

Spotify recently made a stealth change to their autoplay feature, which introduced a pretty annoying bug. There is no method to disable autoplay on Spotify Connect devices since it is now activated by default whenever music is played and there is no option to disable it.

This means that when your album, playlist, or song selection has finished playing on any device than your phone or computer, Spotify will continue playing recommended songs forever. This feature is not available on your phone or computer. Since many weeks ago, users have been venting their frustrations on the Spotify Community site.

Why is Spotify automatically playing in the car?

Short answer: Spotify now automatically plays in the car because, as of the latest version, autoplay will continue playback on any device other than a computer or mobile phone.

It seems like Spotify has made the decision that each time music is being played from a source other than the device’s internal speakers, the Autoplay feature should be activated.

The song, album, or playlist that is now being played serves as the basis for an autoplay feature that basically generates an endless playlist. This can be helpful, particularly for users who put their faith in Spotify’s algorithms to introduce them to new music, but it’s not the type of tool that most people would want to use on a regular basis.

A representative for Spotify has confirmed that the autoplay setting is activated automatically and by default on all linked devices. This implies that if you play music on a device other than your computer or phone, autoplay will continue playback on that device.

On December 10, Spotify graciously introduced a new feature that allows users to disable autoplay on any device to which the service is connected. This article will show you how to disable certain functionalities.

How to stop Spotify from playing automatically in-car Android

It is not surprising that Spotify is the most popular music streaming app on the entire globe. The application provides users with suggestions unlike any other service, in addition to having a wide variety of music, artists, and genres, as well as all of the most commonly streaming podcasts.

The Spotify app, despite how simple and enjoyable it is to use, has the unpleasant habit of being active in the background on mobile devices.

Continue reading if you are still having issues with Spotify playing music after you have completed listening to a playlist if you want to learn how to fix this issue. Android users have an option available to them that may be successful in putting an end to this behavior. Try these steps out while a Bluetooth device is still linked to the phone and playing audio.

Because of this, Spotify is unable to do any actions until it is first opened manually. Additionally, it eliminates the option to listen to Spotify even while the screen is off.

How to stop Spotify from playing automatically in a car iPhone

On iOS, there is no way to manually prevent an application from working in the background if the application was built to do so. Nevertheless, if you remove Spotify from the screen where apps are switched, you’ll be able to stop the current tune from playing.

Nevertheless, if you remove Spotify from the screen where apps are switched, you’ll be able to stop the current tune from playing.

To accomplish this on your iPhone, swipe up from the bottom of the screen while keeping your finger on the screen’s center and then raise it.

Your iPhone’s Spotify app should now be disabled if you do this.

If at any time you tell Siri to “Stop playing,” your iPhone will turn off any noise that may be playing. When you activate Siri, it will, for your convenience, also turn off the music.

You may quickly put an end to the music by pressing the home button twice to force quit the Spotify app, which will also bring an immediate halt to the music if the unwelcome audio is originating from the Spotify app or any other third-party program.

Q1- Why does Spotify start playing automatically on my phone?

There is no method to disable autoplay on Spotify Connect devices since it is now activated by default whenever music is played and there is no option to disable it.

Q2- How do I turn off Spotify on Android?

To accomplish this, swipe up from the bottom of any app or screen and hold your finger in the general vicinity of the screen’s center.

This should open the Recent applications menu, where you should see the Spotify screen appear among those of other apps. This should terminate the Spotify app on the Android device.

If you now understand why Spotify starts playing without your input while you’re driving, fixing the issue should be a lot easier for you to do if you just follow the steps in the approach.

If you enjoy this post and found it helpful, then you shouldn’t miss the opportunity to check out our other technology blog. On that site, you will discover many more answers that might be of value to you.

[Solved] Why does Spotify take up so much storage?

[Solved] Why Tesla Spotify is not working?

[6 ways to Fix] Why is my Spotify premium not working?