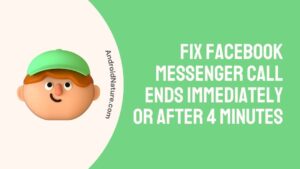 Are you struggling with why your Facebook Messenger call ends immediately/after 4 minutes?

This post explains the reasons why Messenger call ends immediately/after 4 minutes and what you can do to fix it.

If the call cuts off before it has a chance to connect when you’re trying to get in touch with an old friend using Facebook Messenger, it may be quite aggravating.

Calls made using Facebook Messenger sometimes terminate abruptly, which is an issue experienced by a large number of people. This is a problem that has also been encountered by us. 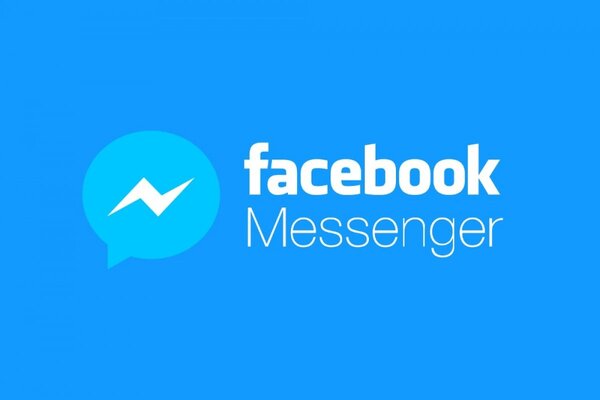 Thankfully, there is no need for rocket science to solve the problem of messenger calls stopping instantly. You have a lot of different options on how to remedy this problem that you may attempt.

If that is the case, then you have arrived at the proper location. You will find out why your calls using Facebook Messenger can cease instantly or after 4 minutes in the following article.

Why does my Messenger call keep ending

Short answer: Your Messenger calls keep getting cut off because your connection is bad, your app is out of date, you don’t have access to the microphone, the other person is on another call, or the server is down.

The Facebook Messenger software, in general, and messenger calls, in particular, have both seen several important modifications during the course of Facebook’s existence.

On the other side, these upgrades have resulted in an improvement in the quality of the Messenger calls. But why are you still experiencing difficulties making calls with Facebook Messenger?

When you are on the verge of making the most important phone call of your life, the very last thing you want to deal with is a situation like this one. Don’t worry about a thing since we’ve got you covered.

No matter what the cause may be, there is one thing that can be said with absolute certainty: it is very frustrating for you. You are only attempting to call on Messenger, but after a few short rings, it will no longer connect! Or, other times, there are no rings at all! Don’t be concerned, guys.

It is required that your phone be linked to a network, preferably one with a high upload and download speed. Otherwise, not only will your phone have trouble making calls, but it will also have trouble sending and receiving messages on Facebook Messenger.

As a result, it is important that you maintain the most recent version of the Messenger software on your device.

Frankly! If you do not let Facebook Messenger access the camera and microphone on your smartphone, how can you ever make a call using the Facebook Messenger app? It should go without saying, but you won’t be able to see or hear the front person who is on call. So please allow them access.

Reason 4 – Recipient on another call

In addition, your Messenger calls are terminated instantly since the person you are calling is already on another call. Due to this reason, the messenger app will not be able to finish your messenger call at the moment.

Last but not least, it’s possible that Facebook and Messenger are experiencing technical difficulties, which would explain why key services, including phone calls, are currently inaccessible.

Now that you are aware of the causes, let’s discuss the potential solutions. To resolve the problem of calls on Facebook Messenger cutting off immediately or after four minutes, choose the appropriate course of action from the solutions presented in the following list.

If you haven’t rebooted your mobile device in a while, the Messenger app can be more likely to malfunction on your device. Rebooting a piece of hardware comes with a plethora of advantages, as is common knowledge. You can make your phone function more quickly and effectively by utilizing this one easy method.

It will also end any processes and applications that are currently running, which will solve problems connected to both the hardware and the software.

The majority of your technical difficulties may typically be resolved by just updating the applications you have installed.

It is essential to keep your applications up to date on a consistent basis since app developers frequently release freshly updated versions of their software into the market.

These upgrades often aim to remedy any prior bus problems that may have been present on the older version of the software.

You should be fine to go when you have restarted your phone and launched the most recent version of the app.

If you are using Facebook Messenger to make a call and the call abruptly terminates, the very first thing you should consider is whether or not you have a good network connection.

First, you should attempt to switch between using your mobile data and your Wi-Fi connection. In the event that this does not work, you will need to reset the settings for your network.

After you have performed a factory reset on your network settings, you will be required to re-establish your connection to each and every Wi-Fi network to which you had previously been connected. After you have completed these steps, you should use Facebook Messenger to attempt to place a call in order to determine whether or not the issue has been resolved.

It is required that you provide access to the microphone to Messenger if you still have not received a response to your issue regarding “why my Facebook Messenger call terminates quickly.

A Facebook call will not operate properly for you, and you will be unable to hear anything that is said during the call if you do not change this setting. In order to gain access to the microphone in all versions of Facebook Messenger, follow the instructions below.

There is a possibility that the problem is not with the settings of your device but rather with the account you use for Facebook Messenger.

Please follow the instructions below in order to re-login to Messenger on your phone. Be aware that in order for this method to work, you must already have the Facebook app loaded on your phone.

After attempting the solutions described in this fast tutorial, your final option is to get in touch with Facebook Messenger’s customer care.

When you place a call using Facebook Messenger, they assist you in narrowing down the possible reasons why the conversation terminates abruptly for no apparent reason.

You now have an explanation for why your calls over Facebook Messenger are being cut off unexpectedly.

Even more encouraging is the fact that you have found some of the most effective solutions that you can put into action to stop your Facebook Messenger calls from ending abruptly.

There is also the possibility that the user has deactivated their device or that the gadget itself has been damaged. Your Messenger calls will cease instantly if the recipient has blocked you and your internet connection is bad at the same time.

Does calling someone on Messenger make them active

What happens when you Archive a message on Messenger