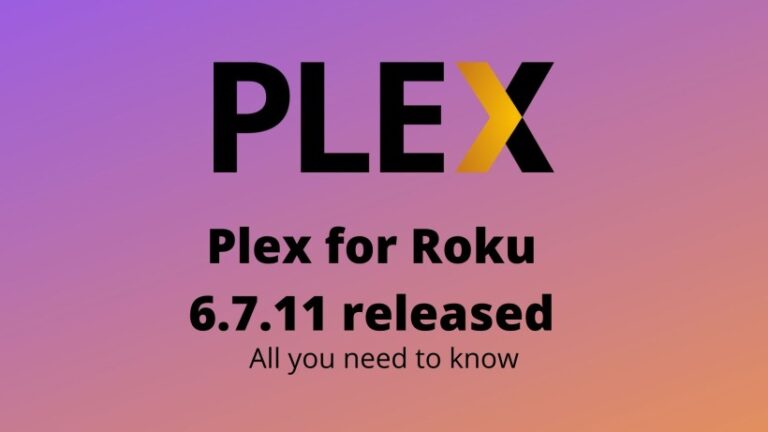 Plex is a freemium media player service on a global scale. Now, as mentioned in the term, Plex is available for free. You can start off using it for free initially. Also, the number of features are available for free. So, you can download it and use straight away. Talking about the devices, Plex is available on several devices. Some of them include Android, iOS, Roku, Fire Stick, Chromecast, Windows, Mac, etc.

Now, if you wish to unlock the full potential, then you can go for Plex Pass. Well, Plex Pass is a sort of monthly subscription plan for Plex. This plan includes some of the exclusive features that you pay for it. So, click here to know more about the differences between Plex and Plex Pass. But one small thing. Plex Pass costs you $4.99, $39.99 and $119.99 for the month, annual and lifetime plans.

Apart from that, it also has Plex Arcade through which you can play some retro games on your device. Anyways, back to Plex. It is always known for the updates. Now, the developer team behind effectively works on updates. With these updates, they try to fix out bugs and bring on new features. One such recent update is out for Roku. To be precise, Plex for Roku 6.7.11 is recently released. So, let us look at the changelog and bug fixes.

Now, before we talk about this new update, here is the thing. Earlier this month, we have published a dedicated article about Plex for Roku 6.7.9 update. So, if you missed that out, then give it a visit. It may be possible that one feature you were looking for might have already covered in the previous versions. Now, let us move to this new update.

But do not expect some large changes or user interfaces in this new update. Well, it is evident from the version number in the app. So, first of all, they have updated hub item focus and shadow styles. Overall, these are a couple of UI changes in this new update. Apart from this, there are some useful bug fixes.

To begin with, they have fixed the crash problem whenever the startup fails. In the past, some Roku users addressed this issue. So, here is the update which will fix that. Also, earlier pressing the play button may not start the playback on your Roku. This update will also fix that. The rest of fixes include mp3 direct stream, crashing when initial guide fails, playback startup, options title width, and more.

In summary, this update is more focused on the bug fixes for Roku specific users. Also, it is good to see that the team is working and bringing such needy updates. So, make sure to update it on your Roku. On a side note, check out Reddit page and Official forum to stay updated. Alongside, you can also share this news and update them about this new release for Roku.