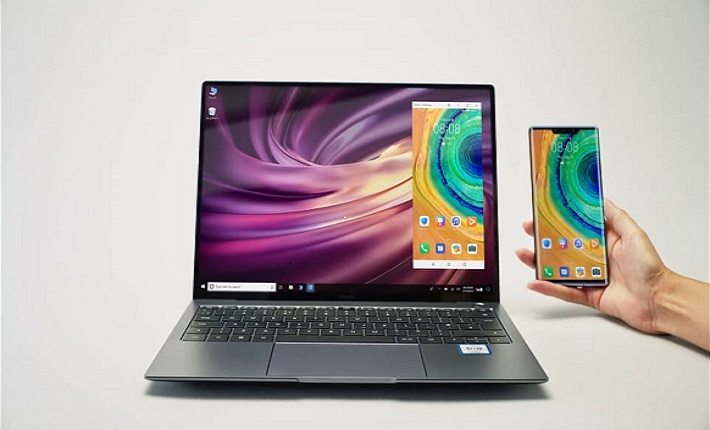 Technology is an evolving field. The modern series of smartphones are significant upgrades over the predecessors in terms of both software and hardware. Updates have introduced a variety of features along with minor bug fixes. The EMUI 10 is one such update that has introduced plenty of worthwhile features.

Emotion User Interface (EMUI) is an Android-based custom user interface developed by Huawei exclusively for its devices. It is regarded to be one of the best Android skins on today’s date. The latest version has introduced a feature popularly known as the Huawei Multi-Screen Collaboration.

What is the Huawei Multi-Screen Collaboration?

The Multi-Screen Collaboration is a newly introduced feature in the EMUI 10 that allows the user to establish a seamless collaboration between a PC and a mobile device. The initiation requires only one tap. Once the connection is established, both devices can be used simultaneously.

Dragging and dropping of files between devices becomes a child’s play. The most appreciable feature of the Multi-Screen Collaboration is that of screen mirroring. Using miracast, a smartphone’s content can be viewed on a larger screen such as a PC/Laptop enhancing the visual experience.

How to use the Huawei Multi-Screen Collaboration?

Using Near Field Communication (NFC): One of the quickest methods to use, NFC is quite popular in today’s day and age. Running a small check is the initialization protocol of this method. It is crucial for the PC/Laptop to be labeled with the Huawei Share icon.

The next step is to manually turn on NFC through the Huawei smartphone being used. Tapping on the NFC icon to the Huawei Share icon will result in a vibration/ring on the cellular device. Once this step is successful, allow the connection request to establish a connection between the two devices

Scanning of QR code: The first step to follow is that of opening the PC manager on the PC/Laptop followed by selecting the ‘Connect’ option on the Huawei device. On a side note, make sure that the PC Manager is version 10.0 or higher.

Select the ‘Scan QR Code’ option on the PC/Laptop to connect. Scan the QR code using the smartphone to carry forward the connection. Authorize the connection to use the Huawei Multi-Screen Collaboration seamlessly.

Connecting the Phone and Laptop through Bluetooth: It is a myth that Bluetooth is not as useful as it once used to be. In this case scenario, it can work wonders. Start the operation by turning on the Bluetooth connectivity on the Huawei smartphone.

Meanwhile, open the PC Manager on the PC/Laptop. Proceed to select the ‘connect’ option. Once this step is successful, allow the connection request on both the devices to establish the connection. While the methods of connection are known to us, it is also important to know the compatibility of devices. The Huawei Multi-Screen Collaboration is a safe option to consider for data transfer as it comes with end-to-end encryption. Screen mirroring can be done directly from the phone to the PC/Laptop without the requirement of a USB cable. Along with this, only authenticated devices can connect to the PC/Laptop ensuring data privacy.