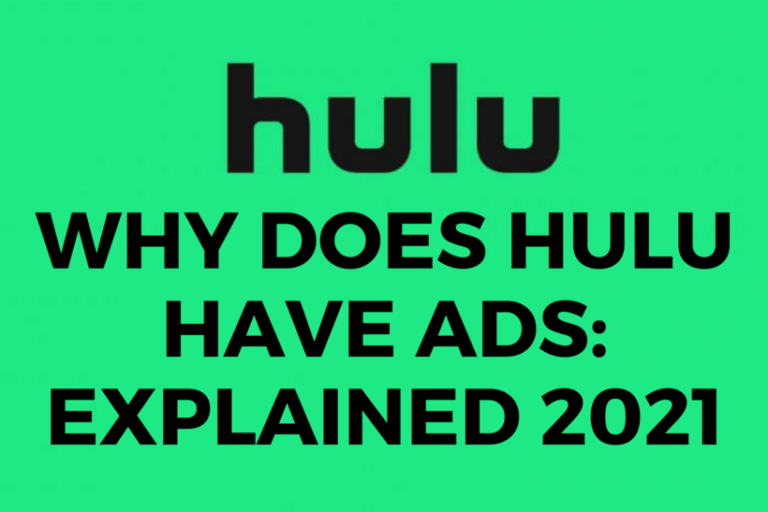 Have you got bored of paying for Netflix Subscription all the time? Perhaps you would like to know of an alternative? Maybe you got bored of illegal apps as well and looking for a freemium alternative that is also legitimate. Well, Hulu is your answer. But this article focuses on why does Hulu has ads.

If you have used Hulu you might have noticed ads popping up at times. If you have not noticed it yet, I would like to inform you about it. Before we discuss why it happens let us talk a little about Hulu and what it offers.

Hulu is a media streaming service that was launched on 29 October 2007 as a beta program. It became open to the general internet public on 12 March 2008. Walt Disney company happens to be the owner of Hulu currently although in the past it was a joint venture of multiple companies.

Hulu is focused on providing a high-quality OTT video streaming service through various processes. That is one of the reasons Hulu has been able to maintain its reputation as one of the most famous movie or TV show platforms out there. If it’s not better than Netflix then it’s not too bad either!

Why does Hulu have ads?

If you have been using Netflix or other such premium video streaming services up until now you would find out and also not in a happy way that Hulu shows ads. In the media content, you play as well outside on the platform too.

It is simply thinking to expect your streaming service to be not filled with ads but the reason behind why does Hulu has ads is simple. You cannot offer top-notch movies, TV shows, web series, and award-winning Hulu Shows for so little price. All of this requires efforts, hard work, planning, and execution from multiple people along with maintenance of the app and server.

The developers especially work round the clock to manage all of this and withdrawing ads would not be a good step for their livelihood.

Talking about how the advertisements work, you would get them on the home screen as well as in between your streaming media content, just like a normal Television channel does. For premium add-ons such as HBO that do not have ads you still might get promotional content at the start of the media content.

What to do if I do not want to see ads?

I believe you might still not be convinced. After all, movies sometimes need your full concentration, and getting an ad might ruin the moment. If you would like to skip ads, do not worry Hulu has got you a way out. There is a subscription in Hulu called Hulu premium that would provide you an ad-free experience.

The base Hulu plan comes at $5.99 per month while the ad-free version is $11.99 per month. You can also get Hulu Live TV feature included in it for $64.99 per month. So if you would like to avoid ads, choose one of these!

The above article discussed why does Hulu have ads. I hope the article proved useful for you!