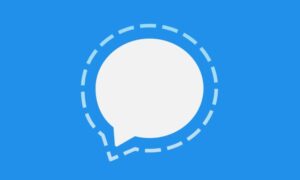 Signal has been news for some days now. It all started after the endorsement of the messaging app by the CEO of Tesla and SpaceX, Elon Musk. Well, since then a lot of users have switched to the Signal app, which is available on both Android and iOS platforms.

But, a lot of users have been reporting several issues with the app. Some users made it to Twitter and mentioned that the verification code, during the registration procedure is getting delayed and not receiving.

Well, you are not the only one to face this issue. A lot of users have been complaining about the same issues with the Signal app on iOS and Android platforms.

Signal is a comparatively new platform, and before Musk asked the world to use it as an alternative, Signal platform had a lower number of users. And the platforms experienced a surge in registered users on Android and iOS platforms after Whatsapp changed its privacy policy to prepare users for the upcoming advertisements.

It looks, the creators of Signal were not prepared for that at all. Something like that happened with the Among Us too. A multiplayer game that got viral and had to put a lot of effort just to manage the number of online users.

This is the reason why a lot of users faced issues in receiving the verification code, as the servers of Signal weren’t supposed to manage a large number of users.

MUST-READ: What is Disappearing message in Signal: Here is How to use it

According to the official tweet post by Signal (@signalapp), the issue was occurring as a lot of users were trying to join Signal. And they have also promised to work with carriers to solve the issue of delayed verification code.

Well, we believe Signal will be resolving this issue as soon as possible.

Signal posted another update on its official Twitter handle. According to the official tweets, the company has resolved issues with the delayed delivery of the verification code. These verification codes were needed to register the mobile number on the Signal platform.

The latest also confirms that the new Signal servers are live now and issues, where users were not able to create a new group on the Signal app.

And if you still facing any issues, we recommend you try to register yourself later. If the issue persists, try contacting Signal on Twitter.