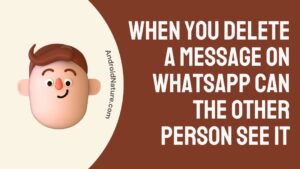 Want to know If you delete a message on WhatsApp can the other person see it?

You’ve landed at the right place!

The use of WhatsApp in our day-to-day lives has become so routine that we can’t even fathom a period when we didn’t have access to it. The instant messaging program comes with a ton of features that the vast majority of its users never ever take advantage of. 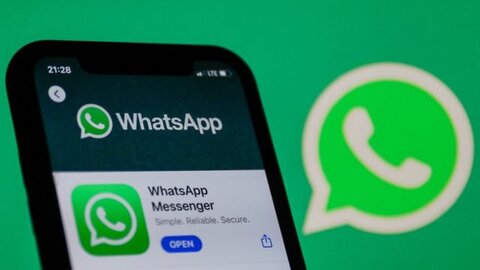 As a result of the requests of its users, WhatsApp developed a function that enables users to delete messages even after they have already been delivered. We will explain exactly what occurs when you delete a message from WhatsApp in the following section of this post.

One of the most helpful tools that WhatsApp’s users were given access to was a function known as ‘Delete for everyone’, which the messaging platform made available to them at some point in the past. If a user mistakenly sends an erroneous message to a group chat or an individual chat, they will not have to worry about the embarrassment of doing so because of this function.

Short Answer: No, when you delete a message on Whatsapp, other person can’t see it. Your recipient will get a message that says, ‘This message was deleted ‘. But They can’t read the message after you deleted the message. 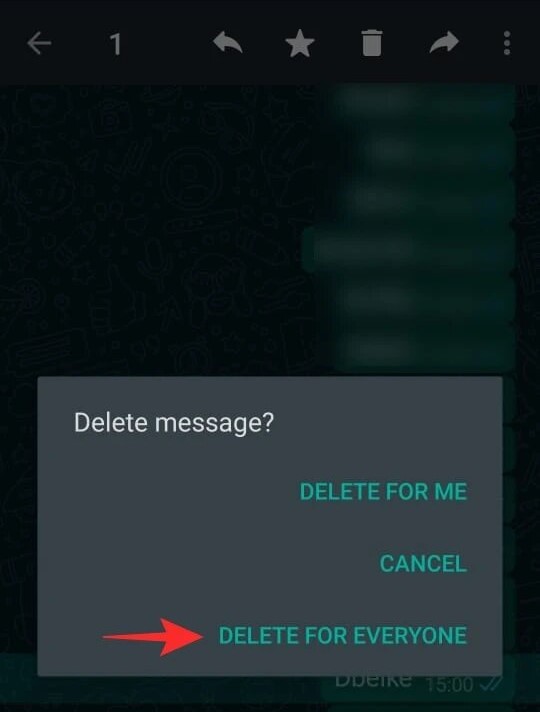 Since quite some time ago, users of WhatsApp have been requesting the capability to erase messages after they have been delivered. Back in 2017, WhatsApp responded to the users’ cries for help by implementing the feature. Nevertheless, when the capability was first introduced, it only allowed you to remove a message a few minutes after you had already sent it.

The option has been modified so that you may now erase texts whenever you like using WhatsApp. You are also able to erase any material that you have sent to other users within the conversation by using the Delete Message feature. Messages in group chats may also be deleted using this capability, which can be employed.

When the communication has been received and processed, the box will become blue. When you attempt to remove a message from within a conversation, the alternatives that are presented to you are determined by the age of the message.

If you delete a message before anybody has seen it but more than an hour after sending it, you will be given the choice to either delete it for just yourself or remove it for everyone.

Deleting the message from your end of the discussion is the sole effect of having it deleted on your behalf. If you select the option to delete the message for everyone, then the message will also be removed from the other person’s end of the conversation.

When they get online, the message will still be hidden from them and they won’t be able to see it. When you remove a message in this manner, however, a notice will be left indicating that the message has been erased. On either side of the chat, participants will be able to see this notification.

Can I permanently delete WhatsApp messages from both sides?

Short Answer: Yes, you can delete WhatsApp messages permanently from both ends, but the recipient will get a message saying ‘This message was deleted ‘.

You are able to remove messages that you may have sent inadvertently to an individual chat or a group conversation. This is indicated by the name of the feature.

When you delete a specific message in WhatsApp, a label that reads ‘This message was deleted’ is shown. While this is a wonderful feature to have, WhatsApp also shows the label.

The recipient of the message on the other end of the conversation will then learn that you have erased it. By utilizing this function, one is able to remove not only photographs and videos but also texts.

You need to be aware of the following things before you can utilize the Delete For Everyone feature in WhatsApp:

Q1- What happens when you delete a message in a group?

You also have the option to remove a message that was sent in a WhatsApp group discussion. Naturally, this becomes somewhat more difficult as a result of the increased number of persons that are participating in the viewing of the message. To our relief, WhatsApp’s group chats tend to adhere to the same general guidelines that its individual conversations do.

Q2- Can you undo a deleted message?

A communication that you have deleted cannot be recovered by anybody else once it has been removed.

The developer of the program has said that in the event that it is unable to remove a message, you will not be alerted of this failure. Therefore, you need to exercise caution before sending any messages to anyone, and you shouldn’t put all of your faith in the option that allows you to erase communications.

We really hope that this material was helpful. In the event that you have any questions, please do not hesitate to ask them in the comments section below.

If You Delete A Whatsapp Message, Does It Still Show In Notifications

If I Delete A WhatsApp Chat, Will I Still Receive Messages From That Person?

If Someone Blocked You On WhatsApp, Do They Disappear From Contacts?

What If I Delete A WhatsApp Chat With Unread Messages