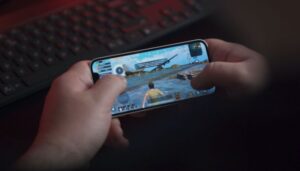 Mobile games are a fun way to pass the time if you are bored or have to kill a few hours. Even though many gamers associate the activity with computers or consoles, mobile gaming has come a long way in recent years, and there are plenty of great titles to check out.

Perhaps you are experiencing some issues with your computer and cannot find the source of it, which means that you had to take the device to a service store. Or maybe you are just bored of the same games and want to try something different?

Regardless of the circumstances, below, you will find a list of 8 mobile games available for both iOS and Android. The next time you have your smartphone with you and have no idea what to do with the time, download one of these games, and you will not notice how much time you are having.

It would not be a proper mobile game list without Angry Birds. Many mobile gamers often associate their first experience with Angry Birds because their bigger brother or a parent let them use the mobile device and play it.

The franchise is quite popular. After all, it has its own movie now. The game has already released multiple versions, so you will have to check what is the latest available for the mobile game Angry Birds.

The idea of being away from the device and still seeing progress might not seem that appealing at first, but there is more to AFK Arena. The progress of characters is nice to have, considering that it takes time to level them up, so every little bit helps.

The goal is to assemble a party and go on an epic journey to defeat the evil forces and save the realm. In other words, a classic RPG that you can enjoy on a mobile device.

Genshin Impact is one of the standout titles in this list. The game continues to receive constant updates that add new characters and other content to keep the players interested.

There are some mechanics and features that are timegated, but it is not enough to prevent people from enjoying the game.

Many compare Genshin Impact to Zelda: Breath of the Wild, particularly when it comes to world exploration. If you like open-world action games, then Genshin Impact should be on your list.

Sometimes, simplicity is the go-to option, and Candy Crush Saga does not have standout gameplay or anything like that. However, there is something satisfying about crushing the candy when you swipe and see entire candy blocks get crushed.

A puzzle game, but one that is quite addicting. You might find yourself playing Candy Crush Saga too much at times, but if you are having fun and are looking for a way to have a good time, who cares?

Another open-world game (if you count a massive garden, that is) that has simple gameplay, but is enjoyable nevertheless.

The goal is to restore a garden to what it was before and navigate the story trying to solve various puzzles and interacting with characters. Romance fans should appreciate the game as well because there are some of that in the title.

The game is pretty engaging, but it does not take that much to think, which can make for a great relaxing experience.

Tower defence games are quite popular on mobile devices. Plants and Zombies was originally available on MS Windows and macOS, but the title got so popular that it made sense for the developers to port the game to different platforms, including iOS and Android devices.

In this game, you command the army of plants and try to do your best to defend different lanes from zombies attacks. As you progress, you unlock new plants to fortify your defences. At the same time, the enemies become stronger as well.

Each level requires a different strategy, and it might take a few tries to come up with a setup that nullifies the zombie attacks and lets you progress to the next stage.

A simple pool game is worth a shout as well. Right now, 8 Ball Pool is a solid pick as far as these games go. There is not that much to add to it. If you are interested in playing pool, then it is available for both iOS and Android.

Mario Kart games are something you might associate with Nintendo, but there is a mobile app for this game.

Keep in mind, though, that to play this game, you will need other people and a Nintendo account, but the hassle is worth it given how much fun the game is.