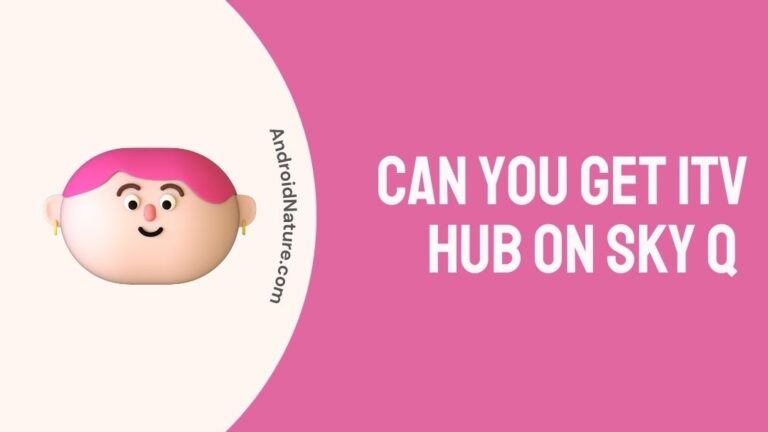 Can you get the ITV hub on the Sky Q? How do I get ITV hub on my sky Q? Read this article carefully to know the answers to these questions.

ITV Hub is a website as well as an app that gives users access to live and on-demand television that is broadcast on ITV. The website has a search bar in addition to a list of the movies, television episodes, and specials that may be streamed.

The application features a live TV area that gives users the ability to view both current and former episodes of shows, in addition to providing access to the whole archives of the respective series. Some sporting events, such as the 2010 football World Cup and its highlights, can be re-watched on the service. Due to rights difficulties, several shows, imports, and movies are now inaccessible.

Until the most recent edition, the majority of children’s programming was also missing. After their first airing on ITV, programs are made accessible for a 30-day period on the site. At first, it was known as ITV Catch Up, but on December 5, 2008, it was renamed ‘ITV Player.’ This was done to help ITV build a recognized and consistent brand for video-on-demand programming on the web and television.

ITV Hub’s catch-up features will be included in ITVX, a new streaming service to be launched in 2022. A Pluto TV-style themed channel selection financed by advertising will feature The Chase and Hell’s Kitchen, as well as channels devoted to crime dramas and the 1990s, as part of ITVX subscription service.

Can you get the ITV hub on the Sky Q?

There is an ITV Hub app for smartphones, tablets, and televisions, as well as an app for smart TVs or streaming devices like Amazon’s FireTV. Those who want ad-free viewing can purchase a subscription to ITV Hub’s “Plus” edition.

A restricted version of ITV Hub, incorporated inside the Sky interface, is available solely to those who subscribe to Sky (through Sky Q or Sky+).

There is no access to the complete library of ITV Hub, which includes box sets of previous episodes, movies on demand, and more, in this limited edition. You can only watch 30-day catch-up programming.

With the debut of the new ITVX in November 2022, Sky Q customers will be able to access the new service. With the opportunity to access the whole library of shows, as is accessible on previous versions of the app.

Because ITVX Hub streams its material via the internet rather than Sky’s satellite like other Sky Q streaming applications (like Netflix and Disney+), keep in mind that you’ll need a broadband connection to use it.

In November 2022, ITV will switch from ITV Hub to ITVX. Sky Q subscribers will soon be able to use the complete ITVX streaming service, which will allow them to view catch-up as well as box sets from ITV’s extensive collection.

When the ITVX app is released on Sky Q in November 2022, you can utilize these fundamental techniques to install and watch it.

Method 1-Get the ITVX app installed and stream it on Sky Q.

Method 2-You may also access ITVX Hub on Sky Q through streaming devices if you want to watch it there.

Method 3- You can screencasting ITV Hub on Sky Q using a SmartPhone.

To screencast, the ITVX app on Sky Q using a smartphone, follow the provided steps.

Q1- Is ITV Hub being replaced by ITVX?

Q2- Is there an Amazon Prime version of ITV Hub?

Becoming a member of Amazon Prime is required to get a 30-day free Amazon Prime trial. ITV Hub+ can then be seen on any Prime video-enabled device after signing up.

To access ITV Player, you must go to the Channels area of Anytime+, which includes services from Sky and Watch. With the addition of the new ITV Player menu choice, Sky viewers may access a list of ITV shows in the same “All” list menu system they’re used to.

The ITV Hub is a streaming service that gives users access to live and on-demand television programming from the ITV network. At the time that this article was being written, the ITV Hub app is not yet accessible on Sky Q.

But there is no need for panic. ITV made the announcement a year ago that the new ITVX service will be available to consumers of Sky Q. ITV is confident that its new streaming service, known as ITVX, will be available in time for the Football World Cup in November 2022, despite the fact that the company has not yet disclosed a particular date for the launch of the service.

I have provided a rundown of the several ways in which you will be able to view ITVX on Sky Q once it becomes available.

[Fixed] Why does ITV hub keep asking me to sign in

[Fixed] Why are my ITV channels not working