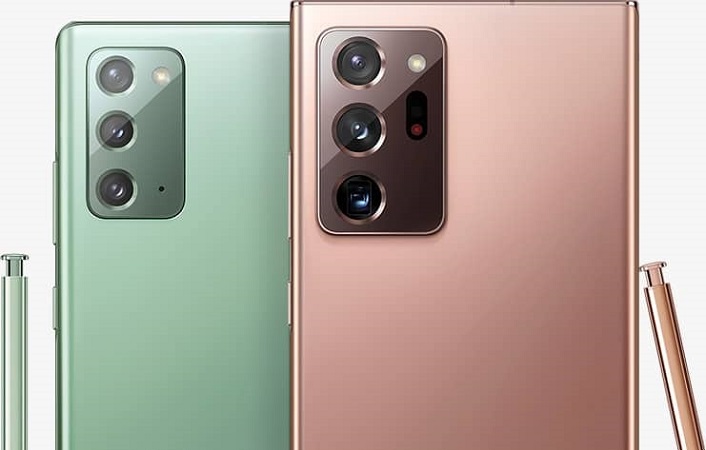 The Samsung Galaxy Note series is one of the most highly regarded smartphone series. With the signature S pen stylus that has a 26 milliseconds latency, the Note series has never failed to impress. A powerhouse of a series, the much-awaited Note 20 series was unveiled at Samsung’s Unpacked launch event alongside the Galaxy Z Fold 2 and Galaxy Watch 3.

The latest flagship offering from the Korean technology giant, the Note 20 series runs on the One UI on top of Android 10. With an Infinity-O Super AMOLED flat/edge display, the consumption of media will be a delight to the eyes. The Note 20 Ultra gets an upgrade in terms of the display refresh rate with a 120Hz display for a liquid-smooth scrolling experience. However, both the siblings are expected to capture an incredible amount of detail citing the difference in the count of megapixels. Talking about the sidekicks, the Note 20 features a baffling 64-MP telephoto lens with f/2.0 aperture while the Ultra settles with a 12-MP telephoto lens with f/3.0 aperture. Coming to the ultra-wide-angle camera, both the siblings feature a 12-MP sensor with f/2.2 aperture.

Factually speaking, the Note 20 series has a revolutionary camera setup that has the potential of competing with the leading smartphone manufacturers in terms of optics. On paper, the specifications of the Note 20 series seem to be unbeatable. However, the performance of the camera can be increased significantly using Google Camera. Unfortunately, Gcam is exclusive for the Pixel series. This implies that it is not available on the Google Play Store for the rest of the devices. However, it can be downloaded on the popular Note 20 series using an APK.