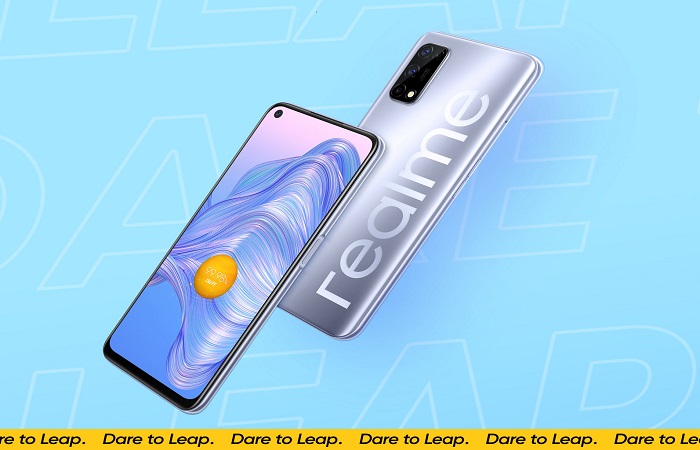 The device comes with a trendy punch-hole display that is backed by a 6.5-inch full-HD+ LCD display. The screen-to-body ratio of the screen is a whopping 90.7 percent. The device also features a 90Hz refresh rate for a smooth scrolling effect. The device runs on the popular Realme UI based on Android 10.

Realme V5 is powered by the MediaTek Dimensity 720 SoC. The main highlight of the Realme V5 is the gigantic 5,000 mAh battery that supports 30W flash charging. The cherry on the top is that the Realme V5 comes with a USB Type-C port. The side-mounted fingerprint scanner is another added bonus. The Realme V5 comes in three gradient finishes- Silver Winged Boy, Blue, and Breaking light color options. Overall, the device seems to be a worthy buy with some impressive specifications at the price range. The 48-megapixel camera coupled with Gcam will account for a deadly combination.

Google Camera (Gcam) is a camera application developed by Google that has plenty of renowned features. Unfortunately, it is not available for all devices. It is the stock camera application for the Google Pixel series. However, Gcam can be downloaded on the Realme V5 using an APK. The Realme V5 seems to have a powerful camera setup on paper. It is recommended to download Gcam for the enhancement in camera performance along with the bonus of loaded features. Gcam is a fairly versatile camera application that is a must-have on all smartphones.