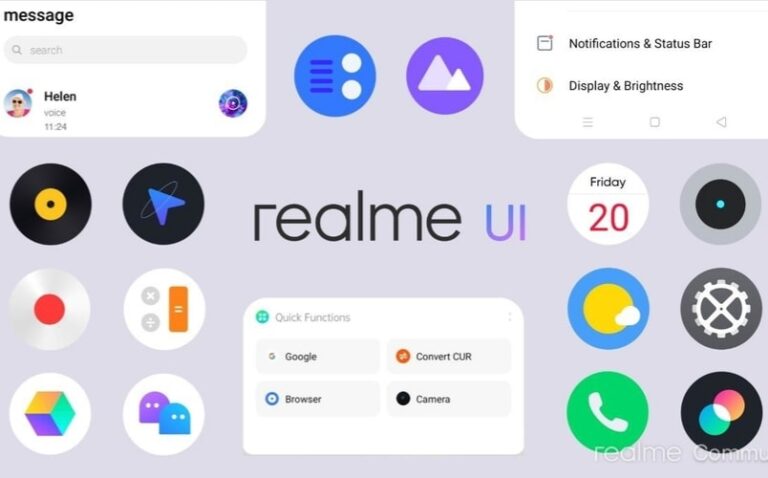 Realme has emerged as a wild card contender in the race of smartphones. From not even being in existence before 2018, it has now become a leading brand in the smartphone industry. Realme has provided great specifications and features at aggressive prices which attracted a majority of India’s budget-oriented smartphone buying class. Aside from hardware specifications, Realme boasts of some exclusive software features like its own operating system called ColorOS and their own UI called Realme UI. While the UI has been there for years with regular additions, a new UI 2.0 update was recently announced by the manufacturers.

Realme UI 2.0 brings along a great scope of customization, security, and other miscellaneous features to Realme smartphones.

• Private Safe
Users are provided a vault where secret apps can be stored, secured with a password.

• Floating Windows
Realme UI brings 2.0 introduces a system-wide picture-in-picture mode that works with every app that can stream or play videos.

• Sleep Capsule
This feature helps with sleep tracking. It also limits the number of times the smartphone can be used at the time of sleep.

There is no set date for the release of a full version of Realme UI 2.0. However, Realme has started rolling out early access versions for specific Realme models. Here’s a little guide to which devices are eligible for the rollouts and when to expect them.

As of yet, a total of 21 Realme smartphones are eligible for the early access rollouts. It includes models from the X series, the C series, and the Narzo series amongst others.
The rollouts are to be released in 7 windows and here is a detailed look at them. 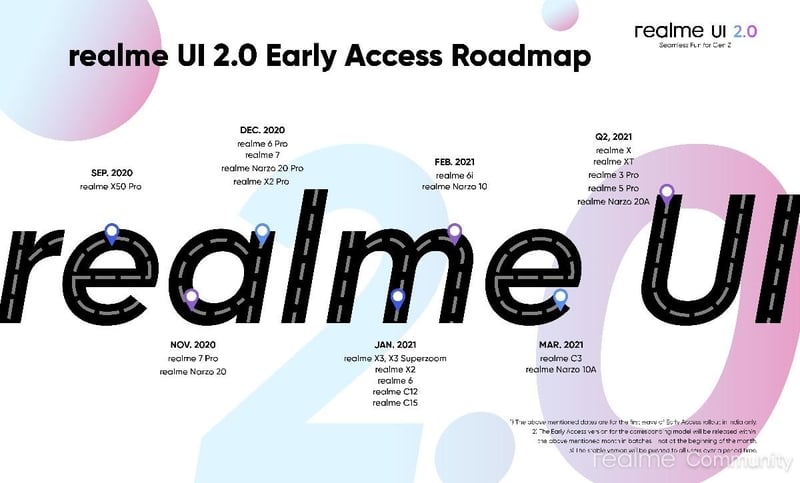 The remaining smartphone users will have to wait for longer to get the early access rollouts. An official full release of Realme UI 2.0 will take even longer.