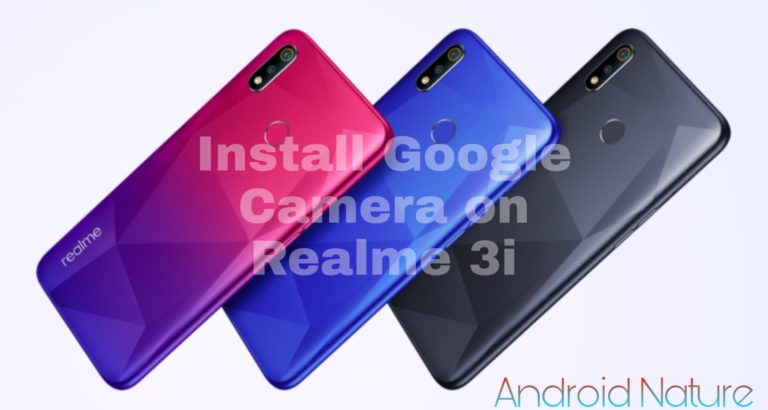 Oppo’s sub-brand, Realme launched the all-new budget-friendly device, Realme 3i in India along with the launch of Realme X. Realme launched the Realme 3i as the lite version of the previously launched Realme 3. With Realme 3i, the company is focusing on the under Rs. 10,000 budget segment. Realme 3i is priced at Rs. 7,999 for 3GB RAM + 32GB storage variant, whereas the higher variant, which comes with 4GB RAM + 64GB storage variant, is priced at Rs. 9,999.

Realme 3i is powered by the octa-core MediaTek Helio P60 SoC coupled with 4GB of RAM. The device comes with a 6.2-inch HD+ (720×1520 pixels) display with 19:9 aspect ratio and Corning Gorilla Glass 3. Realme 3i runs the latest ColorOS 6 based on Android 9 Pie.

The camera department might not look very interesting, but the images taken can be enhanced using Google’s powerful Gcam app. If you are already looking for the Gcam APK for Realme 3i. Here is, how to install Google Camera (Gcam) on Realme 3i.

Google Camera can be used to enhance the photo taken by the camera. Google’s Gcam combines powerful hardware and software. If you are looking for Gcam APK for Realme 3i, you are at the right place. Here, we will tell you how to install Google Camera (Gcam) on Realme 3i. You can find the steps and download the links below.

Google Camera on Realme 3i Features –

Here are the features that you will be getting with the Gcam on Realme 3i.

How to install Google Camera (Gcam) on Realme 3i

First of all, you need to download the working Google Camera APK for Realme 3i. You can download the APK using the link mentioned below.

After installing the Gcam on Realme 3i. Open the Google Camera app.

If you have done the steps mentioned above correctly, you are done with the steps for How to install Google Camera (Gcam) on Realme 3i.