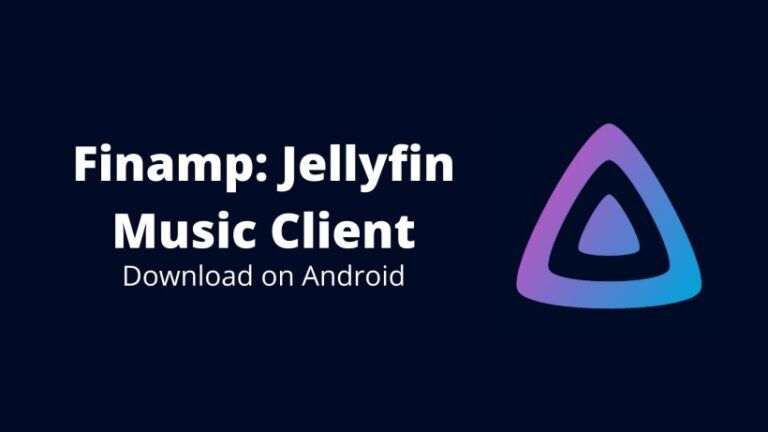 Finamp is one of the recent music player apps that is based on the Jellyfin music client. The main asset of the Finamp app is that you can download the songs and listen to them offline. Well, you may argue that other apps do the same thing. But, the thing with Fineapp is that you can do all this for free. On the other hand, for other popular apps such as Spotify, Amazon Music, YouTube Music, you have to pay the premium. In this way, Finamp can attract many users.

Also, the major credit of this app goes to Jellyfin. In case you do not know, Jellyfin is a client and server-based application which is mainly used for multimedia. Some of them include movies, music, shows, programs, TV channels, DVR, and more. With this, you can use and provide any range of media content. It is a kind of win-win situation for both provider and user. Now, in this Jellyfin you can also store music files. In the same way, you can listen to them and download them with the help of Finamp. So, here is how to download Finamp on your Android device.

How to download Finamp: Jellyfin Music Client on Android:

As mentioned in the title, Finamp is the Jellyfin music client. So, this app acts as a client for the Jellyfin music server. In this app, you can download and play from the various music files on your Android device. As a result, you can collect your playlist and listen to them without any active internet connection. On that note, here are the steps to download Finamp.

Now that you have installed the app, here are some noteworthy things. First of all, it has some bugs. It is because Finamp just released with only one major update. The download indication may not work for every audio file that you download from Jellyfin. But, you can always cross-check its status in the library. If you try to delete multiple files or an entire playlist, then the app may hang. In that case, it is better to delete the files individually.

Some of the songs may pause and play an entirely different song from the queue. It is not a constant error. But, some of the users have reported it. So, keep an eye on it. Lastly, you cannot download and listen to a song at the same time. In future, we may expect an update to fix these issues.

To conclude Finamp is relatively new to the list of audio player apps. So, make sure to download and use it. In case you have encountered any bugs or issues, then write about them on the GitHub page. It will help the developer to fix them in further updates. In the end, the developer has planned quite interesting features to bring on to the app.