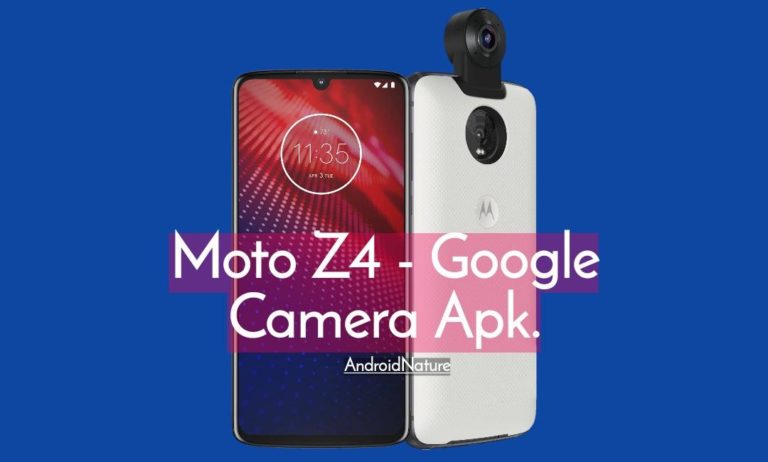 Moto Z4 is the latest edition to the Motorola Z smartphone series launched in 2016; this particular series has not changed much all over the year. New models of the phones get narrow bezels and better features, but primarily, the smartphones remain the same and fall in line with the brand’s Moto Mod system. Moto Z4 comes with a single rear camera with laser autofocus and dual-LED. However, there is nothing much to talk about the quality of photos it takes. Albeit, installing Google camera (gcam) on Moto Z4 can really increase the quality of the images Moto Z4 takes.

We have provided the Google camera apk for Moto Z4 at the bottom with steps to install it properly. First, let’s talk about the specifications of Moto Z4.

Moto Z4 features a 6.4-inch display with a resolution of 1080 x 2340 pixels and an aspect ratio of 19:5:9. Under the hood, the smartphone is packed with Qualcomm Snapdragon 675 processor coupled with 4GB of RAM. Moto Z4 runs on Android 9 Pie and is fueled by a 3,600mAh battery with support for fast charging.

First of all, let’s talk about the features that you will be getting with the Gcam on moto Z4.

How to install Google Camera (Gcam) on Moto Z4:

NOTE: We will update the best available Gcam APK. So, make sure to recheck the post.

So that’s all folks, if you are done with all the steps mentioned above, then gcam apk should work fine on your phone.

If you are not able to use the gcam mod on Motorola Moto Z4, then do let us know in the comments section below.