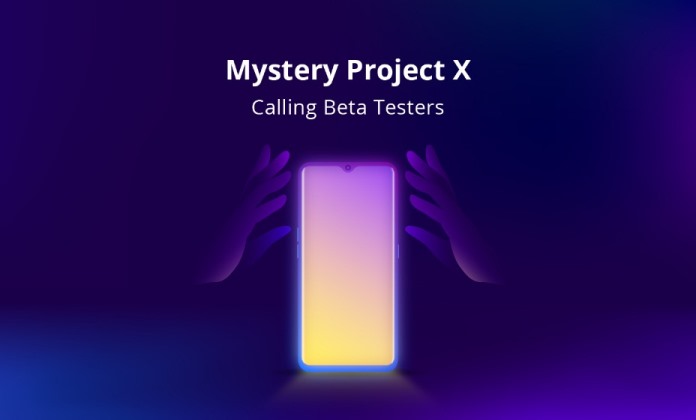 Realme has been in the market for a comparatively short time and still managed to gather a lot of attention of the users in India. The company launched budget devices in India, targeting a large section of smartphone users. But Realme always had plans. Recently, we have seen the launch of all-new Realme X, the flagship device by the company under the price range of Rs. 20,000.

Realme always works hard to meet customer expectations, and we have seen the support provided by the company for queries asked on Twitter.

Realme, yet again, is coming with an all-new project. According to Madhav Sheth, CEO of Realme India, the company is working on the new Realme Mystery Project X.

He also mentioned in the tweet that users who are interested in testing the beta version of the project could participate.

Mystery Project Alert !!! Any Guess ?
Fans having experience in beta testing of pre-released software and reporting bugs are invited to participate.
Limited seats only.

If you are interested in enrolling your name for the beta testing of Realme Mystery Project X, you have to check out the requirements mentioned below.

– Owns a Realme 3 Pro (no other device will be accepted).

– Bugs and feedback need to be expressed in English.

If you are meeting the requirements mentioned above, you can enroll yourself in the testing program by visiting the link below.