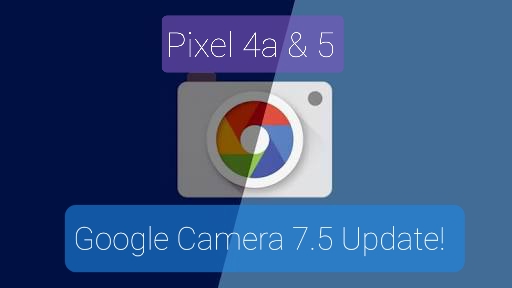 We, gadget users, are all great enthusiasts of new advancing technology and innovation in the Android world. Some of the most notable innovations in smartphone technology over the earlier years have been their Cameras. Therefore, Google one of the most flourishing technological companies out there, never dispirit their users by providing fascinating new updates and launching new trendy smartphones.

Do you also like clicking photographs with new handy features and Dslr-like vibrant images?

Hence you can try, Google camera, one of Pixel’s high demanding components. It manages to stimulate high picture quality images with lively shots. It also covers several trendy features which makes it pretty ahead in the camera race than many other Android devices out there.

Big announcement for Gcam users, Google just disclosed their new camera update (version 7.5) for their Pixel smartphones running on the Android 11 beta version. There are some really admiring and valuable features of the new update, which we will talk about in this article.

Also, the latest Gcam 7.5 is undoubtedly from the 2 new upcoming smartphones from Google – Pixel 4a 5g and Pixel 5 reportedly as the code names of the devices have been disclosed. So, if you want to try the new exciting features on your android smartphone download the APK now. So, let’s find out the new features Google camera is offering its users on the latest update.

Before proceeding further we will like to notify you that the Gcam 7.5 is based on Android 11  and it has been only initiated for Pixel devices running on its beta version so the new update may not operate on Android 9 pie or 10. Some of the new interesting features contain – Motion blur, Audio zoom, Flash intensity, and Video Sharing.

Gcam 7.5 introduced a new feature namely the Motion Blur. It may enable the users to capture DSLR- like quality images and lively shots of moving objects on their handset. It may sound or look like the Portrait mode but the feature is under construction and is not functional yet. It is one of the most awaited features for Gcam users. Although, the feature is available on various android devices like the Samsung Galaxy. Just like the name sounds “Audio Zoom”, it allows the users to point the microphone on a specific direction to record boosted audio more efficiently and clearly on a Zoomed-in the video. Here comes the third essential feature “the flash intensity“. It enables the users to regulate the intensity of the flashlight as required while capturing images or video. Whereas, in other android devices users can only discover the on-off flash feature. It is one the great add ons to the new Gcam. Previously, users were only allowed to share images directly on their social media platforms after capturing. With the Video sharing option, users can now directly share their Videos on various social media handles and messaging apps.

Here we have provided you with the latest Gcam APK which is just available on the PlayStore. Users can seamlessly download it on their devices. The APK can also be installed on the old versions of the Pixel phone until and unless it is running on Android 10 or 11.

Nowadays most of the developers have ported Gcam to support other devices apart from the pixel so that anybody can install and utilize its features. However, the new Gcam 7.5 only supports devices above Android 11 beta and specifically the pixel devices. Still, you can download the APK for other smartphones using various MODs available on the WEB.