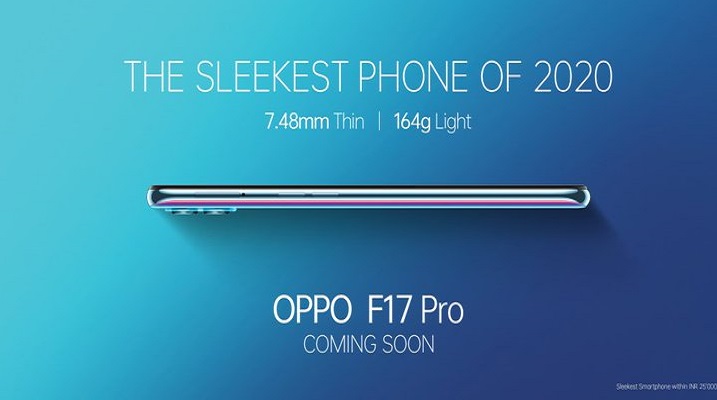 The Oppo F15 was launched in India back in January. The device boasted a revolutionary camera setup along with an impressive sheet of specifications. The Oppo F15 was launched at a price tag of Rs.19,990 for the 8GB RAM+128GB storage placing it in the mid-premium segment of smartphones in the digital market. The smartphone was targeted to attract the masses with its unique design, powerful camera setup, quirky processor, and a sturdy build. 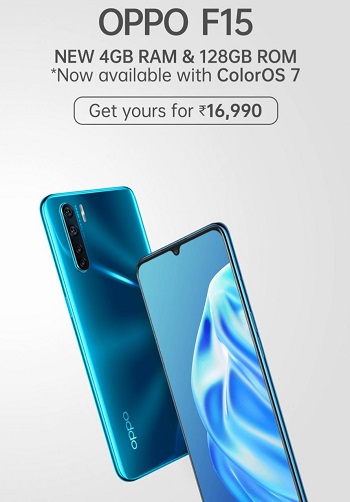 As times change, the trends in terms of technology also change. Oppo has teased a successor to the widely-acclaimed Oppo F15. The Oppo F17 Pro is expected to add great value to the smartphone series. The follow-up model was teased by the Chinese technology company through its official twitter handle.

Oppo is marketing the Oppo F17 Pro to be the sleekest smartphone of 2020. Fascinatingly, it is just 7.48mm thin. The device is as light as a feather weighing a mere 164 grams. Another development in terms of design is that the Oppo F17 Pro will feature a 220-degree edge design providing the device a premium look-and-feel. 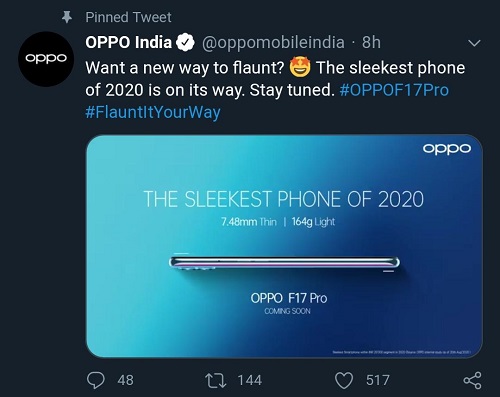 The smartphone is expected to go on sale through Amazon once it launches. The proof of this statement is that Amazon added a microsite of the device revealing only a handful of details. A lite version of the Oppo F17 Pro is also rumored to be in the works. The Oppo F17 will miss out on a bunch of features. Hence, it will attract a lower price tag than the elder sibling. The smartphone duo will be launched in India in the upcoming days.

Oppo has not revealed much about the Oppo F17 Pro except for the fact that it features an ultra-sleek body with a metal-finished build. The device will also feature a rounded edge design. Oppo revealed that the smartphone will slide into any pocket without creating any bulge. This is an intricate detail to mention that will add up to the anticipation of Oppo fans. 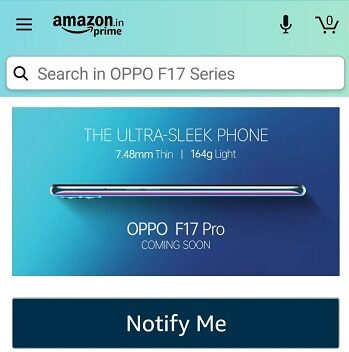 The microsite on Amazon only revealed one side of the phone. However, the e-commerce giant suggested the existence of a lite version hinting at the Oppo F17. It is speculated that the Oppo F17 Pro will have a younger sibling that will come with downgraded specifications. Oppo has not revealed the launch date of the smartphone duo yet.

Oppo is known to provide impeccable wallpapers to all of its smartphones. The Chinese technology giant is expected to do the same with the Oppo F17 Pro. The wallpapers are not available yet. However, once the wallpapers are available, they will be uploaded in high definition along with a download link.

The launch of the Oppo F17 Pro is much awaited. Apart from bringing groundbreaking speculations, it will also provide a spectacular collection of wallpapers that are a delight to the eyes. While Oppo has not revealed the launch date or specifications of the device, more about it will be heard shortly.