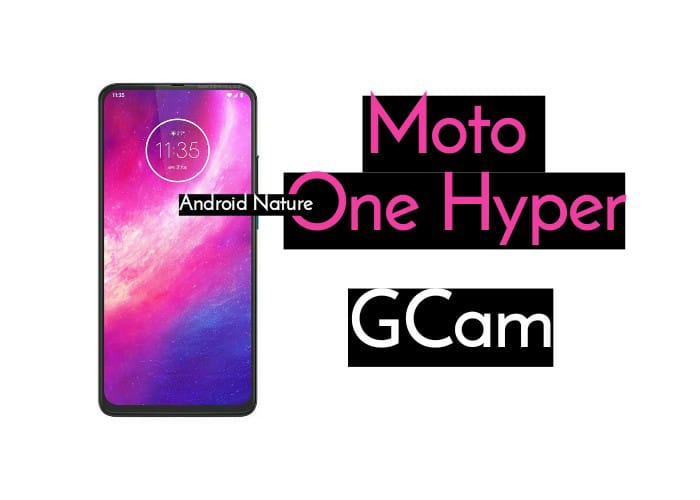 Motorola owned by Lenovo has recently launched a new smartphone called Motorola One Hyper. The smartphone is a budget centric device and offers maximum specs to price ratio. The smartphone runs on the latest Android 10 and as it is an Android one device it will receive updates for the next 2-3 years. Motorola one Hyper is powered by the SD 675 processor coupled with 4Gb of RAM. The smartphone is equipped with dual rear camera and a single pop-up selfie camera.

Well, let’s talk about for which you are here. You can download the gcam apk on Motorola one power and capture some amazing photos.

We have provided the latest google camera apk for Motorola One Hyper at the end of this post with a number of steps to install it correctly on the device. But before we start let’s have a look at the specifications of the phone.

First of all, let’s talk about the features that you will be getting with the Gcam on Motorola One Hyper.

How to install Google Camera (Gcam) on Motorola One Hyper:

First of all, you need to download the working Google Camera APK for Motorola One Hyper. You can download the APK using the link mentioned below.

Here, we are using the Gcam patch of Google Pixel 4.

After installing the Gcam on Motorola One Hyper. Open the Google Camera app.