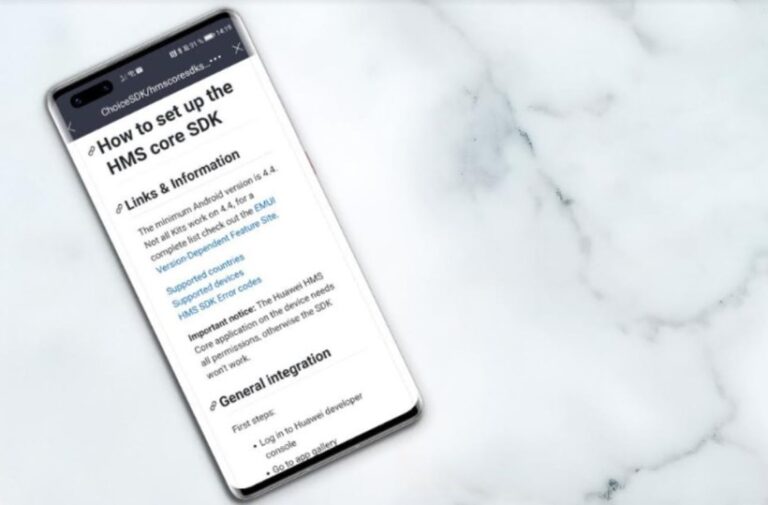 Huawei Mobile Services (HMS) is the answer to Google Mobile Services (GMS), launched in 2019. Also, HMS came into emergence due to the US Ban on Huawei. During this ban, Huawei was not allowed to use and partner with any of the US companies. Now, Huawei depends on many US-based companies. Google, Qualcomm, Microsoft, and Amazon are just a few names among the lot. So, they launched Huawei App Gallery to lower its dependence on GMS. Among all these, Choice SDK is a sweet spot.

Before that, the only ray of positive things is that Huawei apps can still use Android. It is because Android is open source. So, no problems over there. It also implies that Huawei smartphones are compatible with Android apps and APKs. Developers need not work on the compatibility users need not search for Huawei specific apps. So, if you get the Google Play Store somehow on your Huawei device, then the rest of everything is easy. We have provided seven ways to do it. But, Choice SDK is a solution that makes it even easier.

Before we get to Choice SDK, here is a quick summary of Huawei after the ban. Right after the US ban announced, they decided to launch App Gallery. Also, we have seen a buzz of a brand new operating system for Android under the names of Hongmang OS, Ark OS, and more. However, that later turned out to be a little different. But, they still managed to push its App Gallery. In the App Gallery, you can download the apps.

In its earlier days, App Gallery had a limited list of apps. Later, Huawei started launching prize contests, investing in developers, and releasing funds to make it better. Hence, it worked to an extent. Also, the App Gallery saw a growth Year on Year outside China. But, even they knew that it was not enough. So, here comes the role of Choice SDK.

Choice SDK was a tool released for Huawei phone users in Austria by Raiffeisen Bank. Through this tool, they will be able to install and use the official app from the bank. A takeaway of this tool is that Huawei devices can now use Android apps made for GMS. With the help of Choice SDK, the developers can publish the same app for Huawei users. The good thing is that Choice SDK is open source.

So, the developers and users from other parts installed it and got access to Gapps and other Android apps. In this way, developers will save on time and capital. The users will cut on search time and limit apps. The company will rescue more efforts to make the apps available. To sum up, it is a win situation for every aspect. So, make sure to download it from the link below.

The Choice SDK is available for download with documentation here: https://github.com/bluesource/ChoiceSDK

All in all, Choice SDK was aimed at the different thing but eventually ended up being a wild card for Huawei phones and its smartphone market. Now, the users will no longer worry about access to Gapps on their devices. That aside, it cannot replace the native availability of the Google Play Store. But, as they say, something is better than nothing. So, for the time being, you can choose this way of downloading Gapps on your Huawei device.